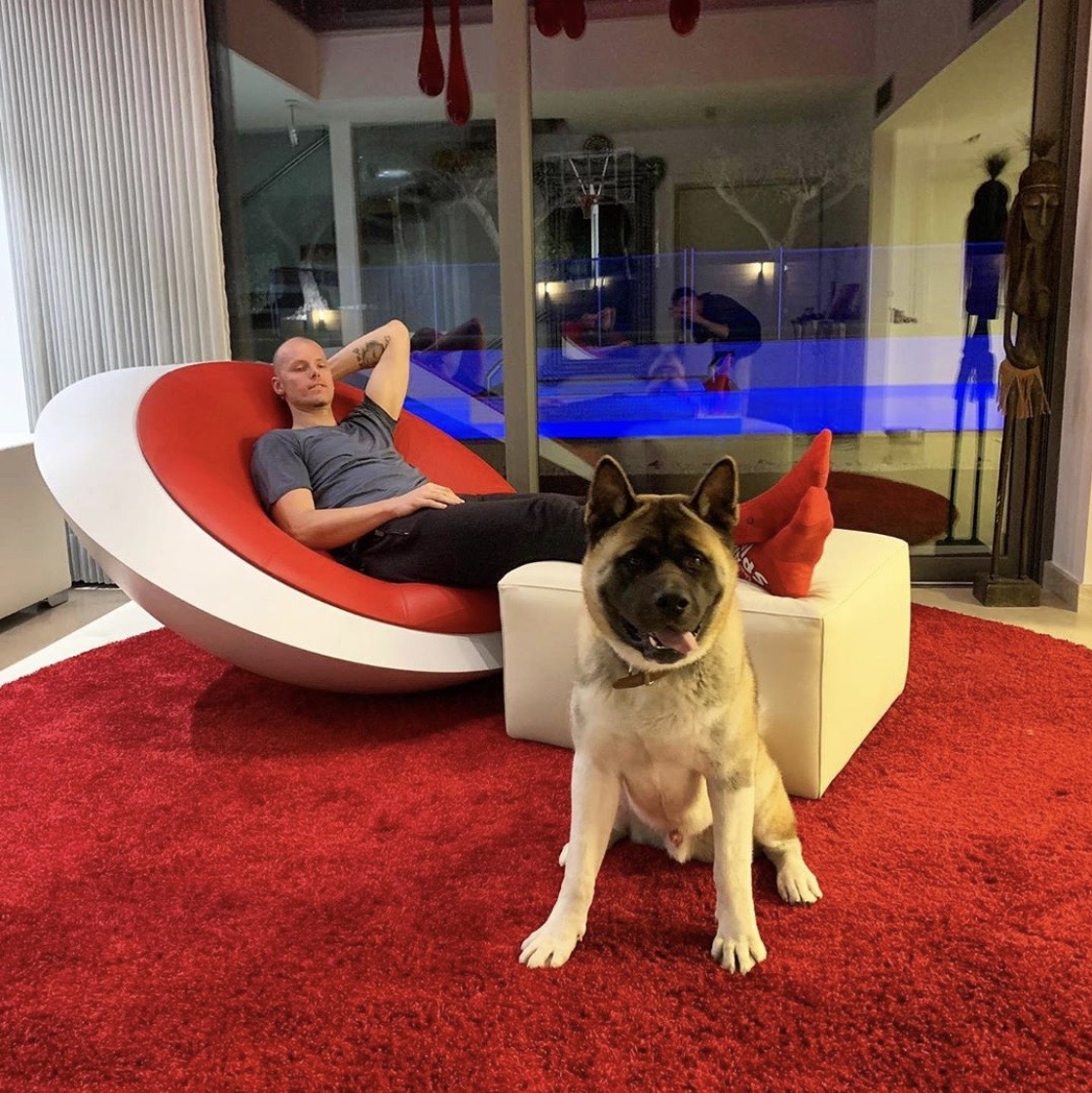 Only the chosen few are talented enough to play profession basketball for the NBA – America’s third most watched sport after American football and baseball. Unsurprisingly, the majority of these players are college-drafts from the States. So it was big news when pro basketballer Maciej Lampe was signed up to the sport’s most prominent league. So big in fact that Maciej was the first ever Polish/Swedish national to play in the NBA.

Standing at 6 ft 11 in, the imposing Maciej Lampe was indeed big news for the sport. He now shoots baskets back home for Wilki Morskie Szczecin in the Polish Basketball League. And talking of home, he’s no stranger to Mavimatt, the home furnishers with a distinctive difference. In fact, he’s paid us a few visits – that’s the problem with Mavimatt, once you buy one of our showstopping products, you simply want more.

Not satisfied with just his very own, bespoke UFO chair, Maciej wanted more Mavimatt stuff. Who wouldn’t? And by adding the elegant Ninfea dining table and highly unusual Magma decorative table to his collection, Maciej Lampe’s home must look that bit more complete. And we’re pretty sure his appetite for Mavimatt décor won’t end there.

Personally, we’re hoping he comes back to us with his own ideas. Or some sort of idea we can work with, suggest, create and wow him with our talent and imagination. That’s what Mavimatt are all about – imagination. Of course, that’s evident when you see the products we produce. So what next, our good friend, Maciej Lampe?

Mavimatt’s UFO chair. From one artist to another. Dear Tigran. Enjoy take off in your very own UFO. …

Worth its weight in gold. And then some.Wow. Just wow. If you’re familiar with Mavimatt – the now wo…

Until now, Mavimatt have designed and created a smorgasbord of weird and wonderful UFOs. From wild c…