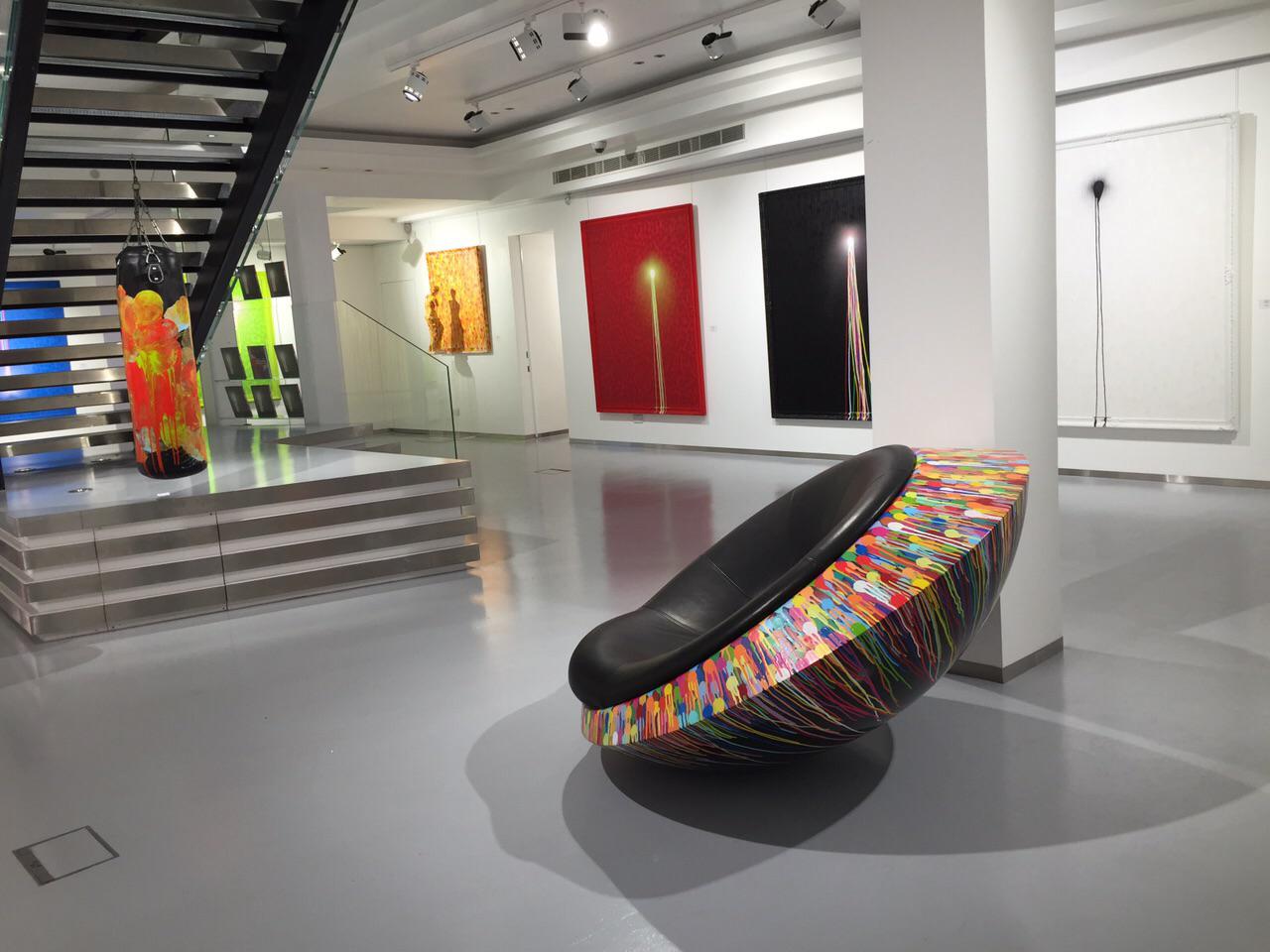 Born in 1987 in Milan to an Italian mother and Egyptian father, Omar Hassan creates the works by dipping his glove in paint and punching the canvas, stretched over cardboard to keep it from breaking.
Omar Hassan today is a well-known artist and famous for being “the boxing painter” and a few years ago he made us an exclusive UFO armchair.

For the young italian artist, the dream of becoming an artist came first, and he started with graffiti street art at 15 years old before getting an arts degree at the Brera Academy of Fine Arts, in the painting course held  by Alberto Garutti, a great exponent of art contemporary italian.

After 10 years of training in the professional boxing ring, Hassan was disqualified when a diagnosis of diabetes was discovered, being unable to fully explore his passion, Hassan returned to his other love; investing all his energy into the artistic practice. He never stopped practising boxing and now he even train kids and some teenagers. He as combined his two big passions, and boxing has shaped him not only as a person but influenced him artistically, and it became “the boxing painter”.

Omar makes spectacular performances, during which he immerses his boxing gloves in the paint and begins to throw punches to the white canvas, introducing a new pictorial gesture that requires physical strength, sometimes aner and that has a great artistic yield.

He came to our company in Italy and painted the shell of the UFO armchair by hand with paint cans.
Infact we gave Omar the idea to paint the shell by hand with spray cans, the tools that originally inspired him to practice art and played a huge part of his artistic expression. The paint cans represented his entire culture and tradition, and permit to lead his art to be more impetuous and instinctive.

He came back five days later and proceeded to paint the whole armchair in our showroom with a vibrant and vivid colours creating a  new iterations within the ever-expanding genre of street-art.

We were truly honoured to help make Omar Hassan his very own, one-off UFO and also Omar was very happy with the outcome that after exhibited in Tokyo, New York, Singapore he decided in 2015 to bring with him and install this unique and eclectic pieces of art inside an exhibition space called Contini Art Gallery UK in central London.

The result? You can see for yourself.

Mohamed Beiraghdary, better known online as MoVlogs, is an Arabic Youtuber and Vlogger based in Duba…

By now you know, we like challenghes and we never stop pushing Mavimatt beyond our limits in terms o…